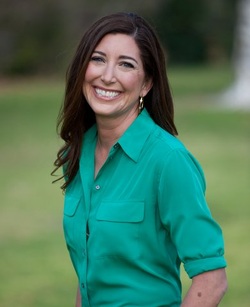 Lisa Niver Rajna is a teacher, traveler, and speaker. She inspires students to care about global issues by sharing her world travels with them, recently teaching science to 270 students from Kindergarten through Sixth grade in Los Angeles, Ca. One of her best teaching moments can be seen in the video, “Earth Science: How Cares?” in a lesson about the Congo Conflict-Free Mineral Act as part of 4th grade rocks and minerals unit. The class also discussed saving the umbrella species of the gorilla in Central Africa. Together, the students wrote an impassioned letter to President Obama and other elected officials about what they learned and their desire to create change. Other classes also wrote to elected officials after screening a documentary about sea level issues in Tuvalu, which also led to several students started their own company to raise money to help. A team from her class won an Oxfam Canada International "recycled toy" contest.  LIsa also connects science content to major global issues with children's Science Fair Project choices.  A dozen of those science fair projects were chosen to be featured on the National Sciencebuddies.com  website.

As a 2012 nominee for the Presidential Award for Excellence in Math and Science Teaching, she received commendations from US Senator Barbara Boxer as well as Fran Pavley, Holly Mitchell, Eric Garcetti from California State Senate, and Assembly, and the Los Angeles City Council.

Invited to speak as an expert on three different radio programs about global citizens, international education and the PISA test, she is a captivating and knowledgeable guest. Her talk about integrating science with art, literacy and global events was noted as a highlight at the Los Angeles Science Teachers Network Professional Development event.

Invite her to speak at your conference on education, inspiration and integrated learning. Video and Radio Links

She reviews books about education, travel, technology and global issues for WeSaidGoTravel.com, technorati.com, and at Wandering Educators  where she is the Geography Awareness editor. She is available to work with authors to create reviews for new books.

An expert in collaboration (and sharing enthusiasm), Lisa Niver Rajna would be happy to share her experience with your team to assist in creating connections  and raising awareness about global issues.